More than 200 dedicated community volunteers across the Sunshine Coast are jumping for joy at the arrival of the first turtles, following the discovery of three nests and one extra set of turtle tracks on our coast’s beaches in recent days.

“Yesterday morning (Tuesday 24 November, 2020), the first nest at the southern end of the Sunshine Coast was discovered by Turtle Care volunteers as they undertook their morning patrol,” Ms Bosshard said.

“They’ve recorded the nest location and will keep an eye on it as the season progresses.

“We can expect turtle tracks every few nights now, so keep your eyes open if you’re on the beach in the morning.”

Leigh Warneminde from Coolum and North Shore Coast Care said it was an early morning walker who alerted them to the first nest north of the Maroochy River.

“A green turtle had marched up the beach, laid her eggs and then took a very circuitous route to the Maroochy River towards the lights of Cotton Tree and Maroochydore.

“Sunday morning did not disappoint our volunteers either with our first Loggerhead of the season at a different northern beach.

“This girl went up and back on the same track due to the darkness at this beach and was not sent off track from artificial light sources.

“Coast Care volunteers are thrilled about the start of the turtle nesting season and are very thankful to the beach walkers who call us when they find turtle tracks. We could not manage without their help.”

On Friday (20 November 2020), TurtleCare volunteers at Bribie Island also came across a green turtle track, but the tracks indicated that it was an unsuccessful nesting attempt (also known as a turnaround).

Sunshine Coast Council’s TurtleCare Conservation Officer Simone Bosshard said the first track of the season was most likely from a green turtle.

“With an injured or missing right back flipper, her tracks look different, but I’m fairly confident it was a green turtle – green turtles only account for about three percent of all nests on the Sunshine Coast,” Ms Bosshard said.

“The female turtle aborted her nesting process for an unknown reason. It could have been disturbance, or inability to find a suitable nest site, and returned to the ocean.

“Her missing or stumpy back flipper may make it difficult for her to build a proper egg chamber.

“However, there are many “stumpy” turtles that have no issues with nesting, so we’ll just have to wait and see how she goes.

“She will likely try again on following nights on the same beach, or a beach close by.”

Ms Bosshard highlighted the importance of residents switching off any unnecessary external lighting at night.

“Sea turtles are not often found nesting in areas of high population density and we are so lucky to have these ancient mariners still coming to our shores on the Sunshine Coast each summer, where they have been returning to nest for thousands of years.

“We have seen on a number of occasions the negative and disorienting impacts that lights can have on turtle nesting so it is important we all work together to protect these majestic creatures.

“Turtle nesting season is a time when the whole community can come together to celebrate and help protect these threatened species – keep plastic waste out of waterways and beaches, and cut the glow of lights after 8pm.”

Residents are encouraged to switch off their outside lights from 8pm as light pollution is distracting for turtles and hatchlings.

Turnarounds are unsuccessful nesting attempts and are not uncommon along our coastline.

Find out more about our native turtles, the TurtleCare volunteer program and the tracking project. 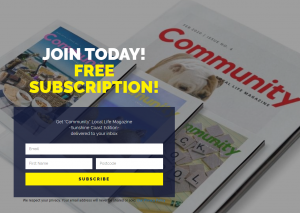